Of course, this is nonsense. Only the tiniest fraction of them, or of any of us, would have spoken up against slavery or lifted a finger to free the slaves. Most of them—and us—would have gone along. Many would have supported the slave system and happily benefited from it.

So I respond by saying that I will credit their claims if they can show evidence of the following: that in leading their lives today they have stood up for the rights of unpopular victims of injustice whose very humanity is denied, and where they have done so knowing:

(5) that they would risk being denied valuable professional opportunities as a result of their moral witness. In short, my challenge is to show where they have at risk to themselves and their futures stood up for a cause that is unpopular in elite sectors of our culture today.

A new study provides evidence that women’s reliance on intuition and “gut” feelings helps to explain why they tend to report more magical beliefs than men do. The research has been published in the Journal of Research in Personality.

Read more at PsyPost or ScienceDirect

Posted by J. Quinton on June 16, 2020 in cognitive science, religion

There are a number of reasons.

However, the most important is that the method of scientific investigation is vastly different than belief in spirits. There’s no real “methodology” when it comes to belief in spirits. It’s whatever seems intuitively[1][2]correct. In this sense, there’s absolutely zero intellectual humility involved.

Contrast this with the scientific method that takes into account human fallibility and attempts to place safeguards that will help us from fooling ourselves.

This is a massive difference in epistemic “first principles” if you will. Belief in spirits assumes that your senses and your interpretation of those sensory inputs are flawless. The scientific method assumes the opposite: That you are the easiest person for you to fool.

Notice that I keep saying “scientific method” and not “science”. This is for a reason: When people talk about belief in science in contrast to belief in some other “way of knowing”, they are attempting to compare dogmas, or lists of facts. If you think the most important thing about science is that it’s a list of facts that you have to believe or you’re “wrong” then you’re already starting on the wrong foot.

The power of science lies in its methodology. The only reason any list of facts that come from the scientific method have any relevance in the first place is because of the methodology. The methodology is all about inching closer to what’s actually real, and as we inch closer and closer those “lists of facts” may change. It’s all about constant refinement and improvement, the hallmark of any endeavor that has any worth. No such methodology exists for belief in spirits.

Distilled to its most basic form, the scientific method is a system of logic applied to uncertainty. Or in other words, probability theory. Other systems of logic that operate under uncertainty, if they want to get at what’s most likely correct, properly utilize probability theory. This applies to science[3], medicine[4], law[5], history[6], military intelligence[7], and many other fields that are serious about getting the best footing possible in a sea of uncertainty.

And is worthless as knowledge.

That is the main difference between the scientific method and belief in spirits. One is actually a rigorous, self-improving, and self-critical system. The other actively tries to obscure any acquisition of knowledge.

[1] THE MARVELS AND THE FLAWS OF INTUITIVE THINKING: Edge Master Class 2011

[2] Belief in God Boils Down to a Gut Feeling

[4] Probability and uncertainty in clinical and forensic medicine

[6] Aviezer Tucker . Our Knowledge of the Past: A Philosophy of Historiography . New York: Cambridge University Press. 2004. Pp. 291. $70.00 | The American Historical Review | Oxford Academic

[7] Can Subjective Probability Be Expressed As A Number? What Does The CIA Say?

Arbitrary rules (like eg Jewish ritual law) play a useful role by spreading information about which of your neighbors comply with taboos and how often violations get punished. They present a toy model that shows that rules against eating poisonous berries work better when coupled with an arbitrary pointless rule whose violation has no real consequences.

Posted by J. Quinton on June 6, 2020 in cognitive science, religion

We argue that because of a long history of intergroup conflict and competition, humans evolved to be tribal creatures. Tribalism is not inherently bad, but it can lead to ideological thinking and sacred values that distort cognitive processing of putatively objective information in ways that affirm and strengthen the views and well-being of one’s ingroup (and that increase one’s own standing within one’s ingroup). Because of this shared evolutionary history of intergroup conflict, liberals and conservatives likely share the same underlying tribal psychology, which creates the potential for ideologically distorted information processing. Over the past several decades, social scientists have sedulously documented various tribal and ideological psychological tendencies on the political right, and more recent work has documented similar tendencies on the political left. We contend that these tribal tendencies and propensities can lead to ideologically distorted information processing in any group. And this ideological epistemology can become especially problematic for the pursuit of the truth when groups are ideologically homogenous and hold sacred values that might be contradicted by empirical inquiry. Evidence suggests that these conditions might hold for modern social science; therefore, we conclude by exploring potential ideologically driven distortions in the social sciences. 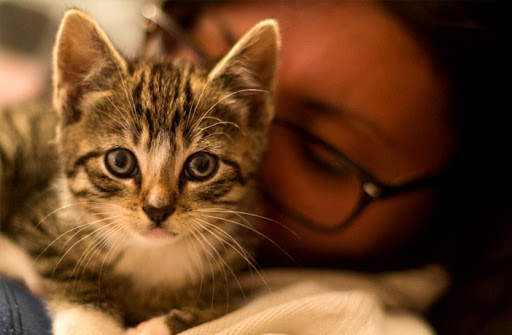 Scientific evidence has emerged suggesting that religion has a significant influence on pet ownership. Specifically, those who practice religion are less likely to own pets and especially less likely to own a cat. These findings come from a study published in the Journal for the Scientific Study of Religion.

Posted by J. Quinton on April 6, 2020 in cognitive science, religion

How do pandemics change the way we think?

When dealing with an absence of real knowledge about diseases, people tend to consult with their social circles in what psychologists call ‘social learning’, since the potential cost for trial-and-error or individual learning is high (or fatal). A greater conformity to group behavior and appeal to social obligation are perceived to be effective disease-avoidance strategies. One study showed that students who experienced higher perceived vulnerability to disease wound up conforming more to the majority view when evaluating abstract art drawings and self-rating as more conforming on questionnaires. In contrast, individualism, which is characterized by greater tolerance and even encouragement of deviation from the status quo, might not be an adaptive trait during periods of pandemic duress. So even for a freedom-loving society like the United State, viral outbreaks can make the population malleable to submitting to government authority and complying with social norms such as the newly-issued diktats to practice social distancing and adhere to strict hygiene standards.

Read more: How do pandemics change the way we think?

Also check out A Link Between Pathogen Avoidance And Religion?

Comments Off on How do pandemics change the way we think?

Posted by J. Quinton on March 12, 2020 in cognitive science, religion

When you picture God, who do you see: a young black woman, or an old white man? Chances are it’s the latter — and a new study in the Journal of Personality and Social Psychology suggests that that image has its consequences.

Posted by J. Quinton on March 4, 2020 in cognitive science, religion

Animated map shows how religion spread around the world

Romulus In The News

This is proof that Romulus really did ascend to heaven!

Comments Off on Romulus In The News