A Parable Against Resurrection 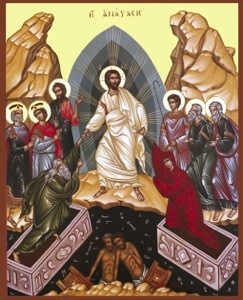 [Editor’s note: The original story was in 16th century Mandarin, and used peculiar and esoteric terms for concepts that are just now being re-discovered. Where possible, I have translated these terms into their modern mathematical and philosophical equivalents. Such terms are denoted with curly braces, {like so}.]

Once upon a time there was a man by the name of Shen Chun-lieh, and he had a beautiful young daughter named Ah-Chen. She died.

Shen Chun-lieh was heartbroken, moreso he thought than any man who had lost a daughter, and so he struggled and scraped and misered until he had amassed a great fortune, and brought that fortune before me – for he had heard it told that I was could resurrect the dead.

I frowned when he told me his story, for many things are true after a fashion, but wisdom is in understanding the nature of that truth – and he did not bear the face of a wise man.

“Tell me about your daughter, Ah-Chen.”, I commanded.

And so he told me.

I frowned, for my suspicions were confirmed.

“You wish for me to give you this back?”, I asked.

He nodded and dried his tears. “More than anything in the world.”

“Then come back tomorrow, and I will have for you a beautiful daughter who will do all the things you described.”

His face showed a sudden flash of understanding. Perhaps, I thought, this one might see after all.

I smiled sagely. “What do you mean by that, Shen Chun-lieh?”

“I mean, you said that you would give me ‘a’ daughter. I wish for MY daughter.”

I bowed to his small wisdom. “Indeed I did. If you wish for YOUR daughter, then you must be much, much more precise with me.”

He frowned, and I saw in his face that he did not have the words.

“You are wise in the way of the Tao”, he said, “surely you can find the words in my heart, so that even such as me could say them?”

I nodded. “I can. But it will take a great amount of time, and much courage from you. Shall we proceed?”

I am wise enough in the way of the Tao. The Tao whispers things that have been discovered and forgotten, and things that have yet to be discovered, and things that may never be discovered. And while Shen Chun-lieh was neither wise nor particularly courageous, his overwhelming desire to see his daughter again propelled him with an intensity seldom seen in my students. And so it was, many years later, that I judged him finally ready to discuss his daughter with me, in earnest.

His eyes brightened and he nodded eagerly. “Yes, Teacher.”

“Do you understand why I said on that first day, that you must be much, much more precise with me?”

“Yes, Teacher. I had come to you believing that the soul was a thing that could be conjured back to the living, rather than a {computational process}.”

“Of course, Teacher. My left arm does not define who I am.”

“Indeed. And are you still the same Shen Chun-lieh who came to me all those years ago, begging me to give him back his daughter Ah-Chen?”

“I am, Teacher, although I understand much more now than I did then.”

“That you do. But tell me – would you be the same Shen Chun-lieh if you had not come to me? If you had continued to save and to save your money, and craft more desperate and eager schemes for amassing more money, until finally you forgot the purpose of your misering altogether, and abandoned your Ah-Chen to the pursuit of gold and jade for its own sake?”

“Teacher, my love for Ah-Chen is all-consuming; such a fate could never befall me.”

“Do not be so sure, my student. Remember the tale of the butterfly’s wings, and the storm that sank an armada. Ever-shifting is the Tao, and so ever-shifting is our place in it.”

Shen Chun-lieh understood, and in a brief moment he glimpsed his life as it could have been, as an old Miser Shen hoarding gold and jade in a great walled city. He shuddered and prostrated himself.

“Teacher, you are correct. And even such a wretch as Miser Shen, that wretch would still be me. But I thank the Buddha and the Eight Immortal Sages that I was spared that fate.”

I smiled benevolently and helped him to his feet. “Then suppose that you had died and not your daughter, and one day a young woman named Ah-Chen had burst into my door, flinging gold and jade upon my table, and described the caring and wonderful father that she wished returned to her? What could she say about Shen Chun-lieh that would allow me to find his soul amongst the infinite chaos of the Nine Hells?”

“I…” He looked utterly lost.

“Tell me, Shen Chun-lieh, what is the meaning of the parable of the {Ship of Theseus}?”

“And what is the relevance of the parable of the {Shroedinger’s Cat} to this discussion?”

“Umm… that… let me think. I suppose, that personal identity cannot be contained within the history of choices that have been made, because for every choice that has been made, if it was truly a ‘choice’ at all, it was also made the other way in some other tributary of the Great Tao.”

“And the parable of the tiny {Paramecium}?”

“That neither is the copy; there are two originals.“

“So, Shen. Can you yet articulate the dilemma that you present to me?”

“No, Teacher. I fear that yet again, you must point it out to your humble student.”

“You ask for Ah-Chen, my student. But which one? Of all the Ah-Chens that could be brought before you, which would satisfy you? Because there is no hard line, between {configurations} that you would recognize as your daughter and {configurations} which you would not. So why did my original offer, to construct you a daughter that would do all the things you described Ah-Chen as doing, not appeal to you?”

Shen looked horrified. “Because she would not BE Ah-Chen! Even if you made her respond perfectly, it would not be HER! I do not simply miss my six-year-old girl; I miss what she could have become! I regret that she never got to see the world, never got to grow up, never got to…”

“In what sense did she never do these things? She died, yes; but even a dead Ah-Chen is still an Ah-Chen. She has since experienced being worms beneath the earth, and flowers, and then bees and birds and foxes and deer and even peasants and noblemen. All these are Ah-Chen, so why is it so important that she appear before you as YOU remember her?”

“Because I miss her, and because she has no conscious awareness of those things.”

“Ah, but then which conscious awareness do you wish her to have? There is no copy; all possible tributaries of the Great Tao contain an original. And each of those originals experience in their own way. You wish me to pluck out a {configuration} and present it to you, and declare “This one! This one is Ah-Chen!”. But which one? Or do you leave that choice to me?”

“No, Teacher. I know better than to leave that choice to you. But… you have shown me many great wonders, in alchemy and in other works of the Tao. If her brain had been preserved, perhaps frozen as you showed me the frozen koi, I could present that to you and you could reconstruct her {configuration} from that?”

Shen looked disgusted. “You… how can you be so wise and yet not understand such simple things? We are talking about people! Not paintings!”

I continued to smile sadly. “Because these things are not so simple. ‘People’ are not things, as you said before. ‘People’ are {sets of configurations}; they are {specifications of search spaces}. And those boundaries are so indistinct that anything that claims to capture them is in error.”

Now it was Shen’s turn to look animated. “Just because the boundary cannot be drawn perfectly, does not make the boundary meaningless!“

I nodded. “You have indeed learned much. But you still have not described the purpose of your boundary-drawing. Do you wish for Ah-Chen’s resurrection for yourself, so that you may feel less lonely and grieved, or do you wish it for Ah-Chen’s sake, so that she may see the world anew? For these two purposes will give us very different boundaries for what is an acceptable Ah-Chen.”

Shen grimaced, as war raged within his heart. “You are so wise in the Tao; stop these games and do what I mean!”

And so it was that Miser Shen came to live in the walled city of Ch’in, and hoarded gold and jade, and lost all memory and desire for his daughter Ah-Chen, until it was that the Tao swept him up into another tale.

Comments Off on A Parable Against Resurrection

Posted by J. Quinton on November 14, 2013 in cognitive science, knowledge