RSS
← Perpetrator Religion and Perceiver’s Political Ideology Affect Processing and Communication of Media Reports of Violence
The Groupish Gene: Hive Psychology and the Origins of Morality and Religion →

The Vaccine Whisperers: Gently Engaging New Parents Before Their Doubts Harden Into Certainty

She had a whole litany of questions. Was it not too much, to combine the vaccines for three different illnesses at once? Was there a chance Tobie could get these diseases from the vaccines themselves? Given that he was premature, given that he was so tiny, wouldn’t the vaccines be even harder for him to take than they’d be for a full-term baby? Why immunize him against diseases that we no longer see? If vaccines were as good as doctors seemed to think they were, why were there so many websites warning against them? 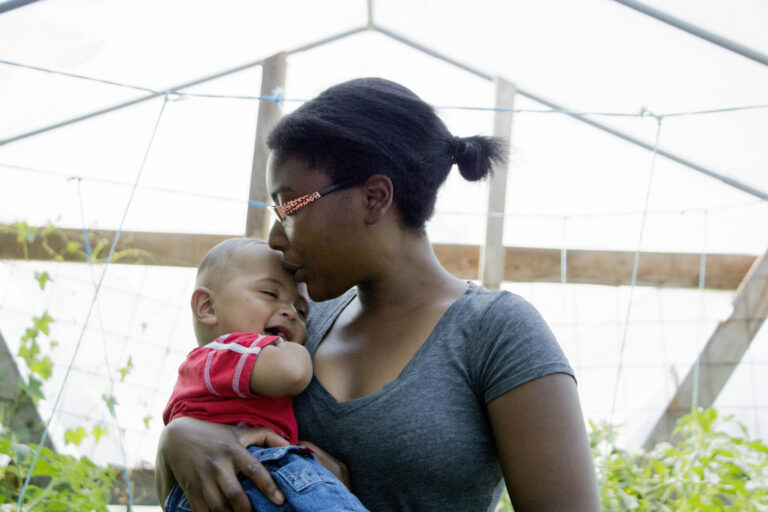 Gagneur listened, letting her steer the conversation, answering her queries one by one. Vaccines were nothing in comparison with the storm of germs a child might be exposed to in the classroom. Tobie couldn’t get the diseases from the shots because they contained weakened or killed pathogens; at most, he’d have a low-grade fever or brief malaise. If anything, being premature made a baby more vulnerable to infection, making the vaccines even more important.

He said that we no longer see these diseases precisely because we vaccinate against them, but that older physicians remember seeing babies die from these conditions. He explained that there had been fake studies — data fudged to make vaccines seem dangerous — that doctors had disproven again and again but that still circulated online. He knew it was easy for parents to get caught in an eddy of misinformation through the algorithms of search engines and social media accounts.

They talked for over an hour beside Tobie’s bed. Gagneur kept the tone light; he didn’t describe in detail the tiny corpses he had tried in vain to save. He was honest, that he worried about unvaccinated children, but he didn’t press her to make a decision: “I told her, ‘I’ll leave you to think about it.’”

That felt foreign to her. “Once we were done, he told me that, whether I chose to vaccinate or not, he respected my decision as someone who wanted the best for my kids,” she remembered. “Just that sentence — to me, it was worth all the gold in the world.”

I post this because, not only have I posted about this sort of thing before (e.g., here; here) but because the modern political climate is filled to the brim with what one shouldn’t be doing if you want to actually deradicalize your opposition.

There’s a very thin line between morality/politics and religion.

One day while I was attending Penn State, a buddy of mine and I were walking to class. Campus had been filled that day with a bunch of Evangelical Christians yelling at students walking to/from class (this was on top of having to deal with the Willard Preacher).

As me and my buddy walked by these febrile Christians, one yelled at us:

Christian: “ARE YOU SAVED?!”

The point of this anecdote is that hurling accusations at someone only works if they’re the same sect as you. We’re all used to street preachers calling everyone within earshot a sinner. This has absolutely no effect at convincing anyone of anything; the only people who would even have a modicum of interest in that accusation are those who care deeply about their Christian identity.

Do you really think doing the secular equivalent — calling someone a communist or a racist — will have a discernable effect on the person you’re throwing that insult at? Or will they just shrug it off like my Jewish friend? The only people who would care about such an accusation are members of your own political party; Deomcrats care about the sin of racism/sexism, Republicans care about the sin of socialism/communism.

As you can read in the article I posted, a much more compassionate approach provides more avenues for engagement and possibilities for changing someone’s mind. So I’ll end with an excerpt from another apropos article on the topic with an interview with reformed white nationalist:

Bayoumy: That’s a good segue to get into your own story. How did you go through this evolution and find yourself on the other side of this? And since then, how have you been able to help people who are still in these groups? Have you noticed any change in the frequency of people who want to leave these movements but don’t know how?

Picciolini: I’ve seen the requests for help skyrocket since 2014. I was recruited when I was 14 years old, in 1987. My parents are Italian immigrants, and when they came over they struggled, had to work constantly, so I didn’t see them very much. But I grew up in a loving family. Still, I went searching for a sense of identity and community and purpose. I was standing in an alley, and a man came and recruited me. I spent eight years as part of America’s first neo-Nazi skinhead group. I didn’t have a foundation for racism; everything I wore as a suit of armor, I ended up believing, and certainly promoting and acting on. But the foundation of racism was never there for me. When I started to meet people that challenged what I believed about them, people that were black, brown, gay—they showed me compassion at a time in my life when I least deserved it. I’d kind of sealed myself off from the real world for eight years, and when I finally started to get peeks at what these people were really like, things changed.

I got out in 1996, and spent three years trying to self-reflect after disengaging, and trying to understand how and why I got there—really struggling with that, until around 2000, when I started … unofficially doing the work that I was doing. I was walking through a mall in Chicago, and still had tattoos on my arms from the old days, and a man walked up to me and said, “White power.” I was out at that point, so I sat and talked to him for a little while. And I don’t know what happened to that guy, but he seemed pretty amenable to the fact that I was leaving. And I hope he got out. But that was kind of my first unofficial intervention, 20 years ago, and I have been doing that ever since.

I don’t necessarily look for people. They find me. I do interviews, I have a TV show, I’ve published a memoir. Anytime people see an interview or a TED Talk, they reach out to me. Because there really is nobody else to turn to. If you have a heroin addiction, there are groups for that. If you’re being abused, there are groups to turn to for that. But unfortunately, if you’re struggling with these ideas of hate, there really is nobody else.

Bayoumy: What does disengagement look like? What’s a typical example of someone reaching out to you saying they want to leave? How do you help them through that?

Picciolini: It’s a whole lot of listening. I listen for what I call potholes: things that happen to us in our journey of life that detour us, things like trauma, abuse, mental illness, poverty, joblessness. Even privilege can be a pothole that detours us. As I listen to those—rather than debate or confront them about their ideology, but creating a rapport with them—I start to fill in those potholes. I will find resources in their community to help them deal with the trauma, with whatever it is that was the motivation for them to go in that direction. Nobody’s born racist; we all found it. Then I leverage the community around them to try to engage them and support them, and try to find ways for them to crawl out of that hole. Typically what I found is, people hate other people because they hate something very specifically about themselves, or are very angry about a situation within their own environment, and that is then projected onto other people. So I’m really trying to build resilience with people.

I’ll also do immersions to try to challenge their ideology—so I’ll introduce them to the people they think they hate once they’re ready, and challenge them in the same way I was challenged. It’s helped me disengage over 300 people over the years.

Bayoumy: What are some of the things that prompt these people to question their beliefs?

Gilsinan: So it’s not effective to say, “Actually, immigration is often good for the economy.” Then what’s your answer instead?

Picciolini: I’ve always found it very difficult to sway opinion when it’s a group of people. When people are in a group, they tend to not be as vulnerable or as forthcoming. So I think it has to be a personal journey. But there has to be a way to sway a whole group of people, so facts are important—for most people, facts are still important. For folks in these movements, they have their own set of facts. Two plus two equals five, so you can’t argue that two plus two equals four, even though we know that that’s the case. You have to take them through situations where they challenge themselves.

I was working with a 31-year-old man in Buffalo, New York, several years ago, and he had been discharged from the military for an injury that he suffered during basic training and wasn’t able to deploy to Iraq at the time. And he saw all his friends go off to war and fighting for America, and he wasn’t racist going in, but he started going in that direction and became very much of an Islamophobe. When he came home, he started drinking and got really heavily involved in the white-power movement.

He got a copy of my book and he wasn’t very happy with [it], because I had left the movement and he was still very much in it. And after a couple of weeks of talking with him, I finally met him in person and asked him if he’d ever met a Muslim person before, and he said he didn’t want to; he thought that they were evil, the enemy, animals, whatever, insert word here. And when I flew out I had arranged, unbeknownst to him, a meeting with an imam at a local mosque. When I convinced him to go, we spoke with the imam, and then two hours later, it was as if these men had known each other their whole lives. The guy who I was working with was a Christian, and he learned that Jesus was part of the Koran, and Muslims revered him as a prophet—all these things that he never knew. They were both Chuck Norris fans; they bonded over that. We were crying at the end, and hugging.

And now they eat falafel together every chance they get.

But it’s not an easy process; it’s a very, very long process. If you think about quitting smoking, or drinking, or anything like that. For me, from the time I was 14 years old till I was 23, those were kind of the adult developmental years, so there were a lot of things that I had to unlearn.

Comments Off on The Vaccine Whisperers: Gently Engaging New Parents Before Their Doubts Harden Into Certainty

Posted by J. Quinton on August 7, 2019 in cognitive science, religion

← Perpetrator Religion and Perceiver’s Political Ideology Affect Processing and Communication of Media Reports of Violence
The Groupish Gene: Hive Psychology and the Origins of Morality and Religion →