RSS
← The Motte and Bailey Doctrine
Why do the dots disappear? →

“There’s No Evidence For The Existence of God” 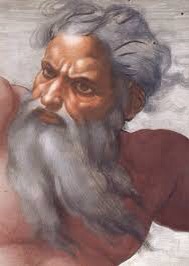 I used to think that the title-quote of this blog post was a good rejoinder when people asked me why I didn’t believe in any sort of god. Nowadays, I sort of grimace a little when I hear atheists use that phrase. Because now I consider myself a Bayesian. And for Bayesians, “no evidence” means something a lot different than how other people use “no evidence”.

But what could it mean if I say there is no evidence for some claim? And does this apply to the concept of god?

Some axioms of probability to remind you of: P(E | H) + P(~E | H) = 100%. That is, the probability of the evidence given the hypothesis is true plus the nonexistence of (or existence of some other) evidence given the hypothesis is true must exhaust all possibilities. Meaning they add up to 100%. This is how you know that you have a 1/6 chance of rolling a 4 given a fair die. P(Roll 4 | Fair Die) + P(Roll Other Number | Fair Die) = 100%.

Basically, anecdotes about the existence of god are evidence that god exists. I go over this in the post Logical Fallacies as Weak Bayesian Evidence: Argument from Anecdote. This all might seem a bit counterintuitive, but relying on intuition to make decisions is just another way of saying that the decision conforms to your biases. Which is usually not a good thing.

So what does no evidence look like? To me, this would be some conditional probability that is equal to all alternatives. One where Bayes Factor is 1. In other words, the evidence exists independently of the hypothesis.

This all being said, I think there is evidence for the existence of god. I actually concede a little bit of relatively strong evidence for the existence of god. But, there is so much more evidence against the existence of god because god, as defined by laypeople and sophisticated theologians alike, is unfalsifiable. For most other data besides morality, god is the equivalent of a trillion^trillion sided die and expecting to roll a 3, and comparing that to the probability of rolling a 3 given normal die. This is what happens when one conceives of an all-powerful god; there’s nothing an all powerful god can’t explain.

← The Motte and Bailey Doctrine
Why do the dots disappear? →