RSS
← Even More Evidence Against Q?
Chris Hallquist on the History of Fundamentalism →

What Is The Worst Teaching Of Jesus? 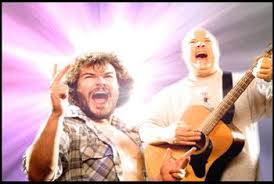 (This isn’t the worst blog post in the world. This is just a tribute.)

I got the idea for this post from a couple of places.

One, I was reading on Less Wrong a post called The Worst Argument In The World. The gist? The worst argumet, or worst type of argument, has all of the hallmarks of this line of reasoning:

You Conservatives think that Obama is a communits, and communism is bad, right? Well you know who else didn’t like communism? Hitler.

Second, was reading an old post by Richard Carrier about why Jesus shouldn’t be considered a philosopher. The gist is that if Jesus is considered a philosopher, then so should every rabbi in the Talmud; by implication, then, the Talmud itself should become a philosophical tome (in reality it’s more like the meeting minutes of centuries long debates with no set answer). And the arguments that Jesus presents don’t really flow logically. Example:

The example at issue above was this: McFall claims that “Jesus was not suggesting that when a minor element, such as a subordinate ‘satrap’ has gone awry, [then] the whole house folds” but rather that, for example, if “the ‘Parthian king’ is at irreconcilable odds on serious matters with his top Royal Officials, the empire is likely to collapse or be overthrown.” But this misses the point. The problem is this: if that is what Jesus meant, then he didn’t understand the charge against him, and his response completely fails to address it. Thus, McFall’s own point proves my case. The charge was that Jesus was expelling demons because he was carrying out the will of a higher ranking demon (Beelzebul, equivalent to “Baal,” the God of the Philistines). In other words, the claim is that Jesus, like the Parthian King, is expelling or removing his satraps, i.e. exercising the power of Satan, which entailed that Jesus was an agent of Satan. How does Jesus defend himself against that charge?

Does that work as a defense? No. He is not accused of expelling Satan. To the contrary, he is accused of being Satan, or otherwise serving Satan’s will (Mk. 3:22; Mt. 12:24; Lk. 11:15), to expell subordinates of Satan. So Jesus tries to end the debate by asking a fallacious question. He never even denies being possessed by or serving Satan! Nor does he present any evidence that he is not, nor does he present any logical reason why he could not be. If this is philosophy, it’s sham philosophy. […]

“Truly I say to you, all sins shall be forgiven the sons of men and whatever blasphemies they utter, but whoever blasphemes the Holy Spirit never has forgiveness, but is guilty of an eternal sin,” [which Jesus said] because they were saying “He has an unclean spirit.” (Mk. 3:28-30; Mt. 12:30-32; cf. Lk. 11:23)

So here Jesus ends with a threat! Not only did he present three fallacious arguments-by-innuendo, and never once even deny the charge against him, much less present any evidence or argument in his defense against that charge, but his last word on the subject is to proclaim that his accusers had better shut up, or else they will be damned to hell forever and never gain salvation. In other words, “If you accuse me of serving Satan, I will never forgive you. Therefore, I am not serving Satan.” This is the infamous fallacy ad baculum.

Third, I re-read a post on The Bible and Interpretation by Hector Avalos. This one was about how the majority of Christian academic Biblical scholars almost never mention anything bad that Jesus does. The gist:

My project actually began with a puzzling experience. If one reads almost any book on Christian ethics written by academic biblical scholars, one finds something extremely peculiar: Jesus never does anything wrong.

This uniformly benign picture of Jesus’ ethics is peculiar because when historians study Alexander the Great or Augustus Caesar, they note the good and the bad aspects of their actions. Even when academic biblical scholars study Moses or David, they might note their flaws. From a purely historical viewpoint, Jesus is a man and not a god. He should have flaws.

Such scholars are still studying Jesus through the confessional lenses of Nicea or Chalcedon rather than through a historical approach we would use with other human beings.

So, what is the worst teaching of Jesus? This is a good question to ask Christians to see if they can think critically about their religion or whether they are an unthinking Christian. There might be a lot of reasons why a committed Christian would be unwilling or unable to answer this question; most probably from some form of Divine Command Theory. But it would be easy to do if we imagined instead of Jesus speaking the words we had some other random person saying them.

As it stands for me, I of course don’t think Jesus — as in, the “historical” Jesus — was a teacher. So reading the gospels from my secular, historical-critical frame of mind, none of the sayings attributed to Jesus are actual sayings of Jesus. They might be sayings that go back to the “earliest traditions” (wherever that is), but this doesn’t necessitate a saying of Jesus. That caveat probably would get me off the hook a bit even if I were still a Christian.

But if the teachings ascribed to the literary character “Jesus” in the gospels of Mark, Matt, Luke, John, (and all other literary versions of Jesus from early Christianity) and even the relatively rare and superficial ones found in Paul are all the creations of a human mind, then they will be fallible moral dictates that will only reflect the culture that produced them; a culture that has some fundamental incompatibilities with our own. So from that point of view, it makes sense to ask this question. It delves into how much differently our two cultures view the world, even on the supposed timelessness of morality. Thus, the question remains:

What’s the worst teaching of Jesus? A teaching that has the same qualities as “the worst argument in the world” and betrays a fundamental misunderstanding of human nature?

There are a couple of teachings that might just be at odds with me, and we might class those as differences of opinion. But I wouldn’t consider these “worst”. To me, the worst teaching(s) of Jesus are those moral dictates that are nothing more than thoughtcrime. The most egregious example of thoughtcrime described by Jesus? Matt 5.28:

(But I tell you that anyone who looks at a woman lustfully has already committed adultery with her in his heart.)

This is nothing but mere thoughtcrime. It betrays a fundamental misunderstanding of cognitive science. Some thoughts we have absolutely no control over, and will lead to signaling and self-deception. And if you read that post that I just linked to, I think that self-deception is the worst thing about Christianity.

The human sex drive is linked to the most primitive area of our brain, the part we have absolutely no control over. Due to how the human brain is wired, at least for men, lusting after an attractive woman is unconscious and immediate. I can’t even imagine how many countless hours of agony people must have felt when they thought lustful thoughts about someone else against their “will”, because we are strangers to ourselves.

Of course, there’s always a response as to why Jesus didn’t “really mean” what he is attributed to have said above. Again, this sort of response assumes that the character here actually did know how the human brain worked (which would have been impossible/anachronistic) and meant something else; a something else that for one wouldn’t have made sense in a 1st century context and two, I’m thinking is unfalsifiable.

Posted by J. Quinton on August 29, 2012 in cognitive science

← Even More Evidence Against Q?
Chris Hallquist on the History of Fundamentalism →

4 responses to “What Is The Worst Teaching Of Jesus?”

Dissent is Critical and Necessary

Between An Island of Certainties and the Unknown Shore