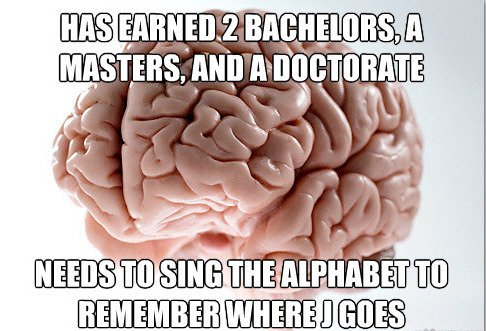 One of the things I’ve learned over the course of my life is that arriving at a bad conclusion, or a bad theory, or finding fault in a person, or whatever, doesn’t take a whole slew of bad assumptions or premises. It only takes one bad coin flip to ruin the entire explanation. This isn’t something that you would learn explicitly in some specialized discipline; it would take actually sitting down and learning how logic and probability work in order to get that “aha” moment.

Here is an example of bad philosophy, where one bad premise undercuts everything else. Unfortunately, this person posted his article on the Epiphenom blog and, of course, Epiphenom not being an explicitly “arguing for atheism” blog, it wasn’t addressed. But I’ll take a stab at addressing it.

So what is the fundamental, one false premise that is driving all of the wrong conclusions on that blog? For example, this person thinks that Zeno’s Paradoxes refute atheism:

1. What is your answer to the Pre-Socratic era of Greek Philosophy, and Zeno’s Paradox? Zeno of Elea (490-430 B.C.) brought the Pre Socratic era to a close with his devastating arguments against sensation, space and motion. First, was his famous Paradox. To be brief, Zeno’s argument, in essence, is that in order for Achilles to move from point A to point B he must come at least half the space. If so then he has to come at least a tenth; a hundredth; a millionth, etc. He must pass through an infinite number of points in a finite segment. Motion is therefore impossible and space is indefinable. (The essence of his argument is not a relation of motion to time but the impossibility of exhausting an infinite series. Neither is his argument that Achilles has to exhaust the series to the last point for there is no last point. Also, one cannot divide an infinite series. To do so one must assume that the object in motion stops in mid-motion to create a mid-point. The mid-point then is only potential and not actual. I admit that it is possible to exhaust an infinite series of potential points, but not actual points. Also, you cannot appeal to imaginary, indemonstrable units of measurement like Plank Units to answer this paradox.) In a further complaint against the concept of space, Zeno argued that if atoms and motion required space there must also be super-space for space to exist in and another super-space for that, ad infinitum. Zeno also refuted the idea of sensation in the Atomistic system which denied qualities to atoms. In an exposition of Zeno’s criticism of Democritus’ Atomism (Later to dominate the Scientific Revolution) Dr. Clark says,

“When an ocean wave ‘thunders’ against the rocks, no atom produces an audible sensation; but the wave is nothing but atoms; therefore, it produces no sound.” (Ancient Philosophy, 272)

This failure to construct a material/corporeal reality was the formal cause of the atheistic Sophist movement that immediately followed. Protagoras’ Man Measure Theory was the new fad and the idea of truth was buried as impossibility. If Zeno cannot be refuted, the entire Anti-Christian scientific secular enterprise is impossible to demonstrate and should be removed from the category of demonstration and kept in the category of operation.

The Christian answer to the Pre-Socratics is found in Saint Augustine’s Book Concerning the Teacher, where he admits the impossibility of empirical knowledge and asserts that knowledge comes from the Second Person of the Trinity (The Teacher): an immediate and uncreated revealed light.

Besides the obvious answer that an all powerful god is a terrible explanation for just about everything since it can explain way too much, the fundamental wrong premise here is how the mind operates; intuition is not a very good guide for discovering how the world works and most pre-20th century philosophy assumed the utility and accuracy of intuition as a fundamental premise. We know that this isn’t true. Intuition is only good at certain types of cognition (especially those requiring speed) and is very bad at other types of cognition. Basically, intuition is good at helping you not end up dead and uhhh… not so much at things like math, probability, logic, or abstract reasoning. Intuition is good for things like social situations (yes, having good social acumen will help you not end up dead), reacting immediately to danger, and learning, oddly enough. And that last point — learning — is what leads me to this article over at Less Wrong, pointing out the fundamental flaw in Zeno’s Paradoxes:

To understand how fundamental metaphor is to our thinking, we must remember that human cognition is embodied:

We have inherited from the Western philosophical tradition a theory of faculty psychology, in which we have a “faculty” of reason that is separate from and independent of what we do with our bodies. In particular, reason is seen as independent of perception and bodily movement…

The evidence from cognitive science shows that classical faculty psychology is wrong. There is no such fully autonomous faculty of reason separate from and independent of bodily capacities such as perception and movement. The evidence supports, instead, an evolutionary view, in which reason uses and grows out of such bodily capacities.

Consider, for example, the fact that as neural beings we must categorize things:

To take a concrete example, each human eye has 100 million light-sensing cells, but only about 1 million fibers leading to the brain. Each incoming image must therefore be reduced in complexity by a factor of 100. That is, information in each fiber constitutes a “categorization” of the information from about 100 cells.

Moreover, almost all our categorizations are determined by the unconscious associative mind — outside our control and even our awareness — as we interact with the world. As Lakoff & Johnson note, “Even when we think we are deliberately forming new categories, our unconscious categories enter into our choice of possible conscious categories.”

Here are some examples of metaphorical thought shaped by the sensorimotor system:

Important Is Big
Example: “Tomorrow is a big day.”
Mapping: From importance to size.
Experience: As a child, finding that big things (e.g. parents) are important and can exert major forces on you and dominate your visual experience.

Intimacy Is Closeness Example: “We’ve been close for years, but we’re beginning to drift apart.”
Mapping: From intimacy to physical proximity.
Experience: Being physically close to people you are intimate with.

Difficulties Are Burdens
Example: “She’s weighed down by her responsibilities.”
Mapping: From difficulty to muscular exertion.
Experience: The discomfort or disabling effect of lifting or carrying heavy objects.

More Is Up
Example: “Prices are high.”
Mapping: From quantity to vertical orientation.
Experience: Observing the rise and fall of levels of piles and fluids as more is added or subtracted.

What happens when we fail to realize that our thinking is metaphorical? Let’s consider a famous example: Zeno’s paradox of the arrow.

Suppose, Zeno argues, that time really is a sequence of points constituting a time line. Consider the flight of an arrow. At any point in time, the arrow is at some fixed location. At a later point, it is at another fixed location. The flight of the arrow would be like the sequence of still frames that make up a movie. Since the arrow is located at a single fixed place at every time, where, asks Zeno, is the motion?

The puzzle arises when you take the metaphor of time as discrete points along the space of a timeline as being literal:

Zeno’s brilliance was to concoct an example that forced a contradiction upon us: [a contradiction between] literal motion and motion metaphorically conceptualized as a sequence of fixed locations at fixed points in time.

So while it is true that our own bodies move in individual steps when we go from one place to another, it doesn’t follow that this is how motion works period.

As you can see, and what I pointed out in my post “The Thief and the Wizard” linked above, the way we learn things more effectively is by metaphor, because that is how brains (i.e. neurons), are wired. How we learn is fundamentally linked to how our bodies function in the macro, social, everyday world. I don’t literally have a better hold on tying my shoelaces than I do normalizing a database like I would have a better hold on a glass of water in my hand as opposed to a wet noodle. But that’s how neural networks form. Taking the metaphor literally is what goes wrong in most philosophy like in the Christian’s post above. We have to remember to not take the metaphor literally when using it as an argument for something more abstract, like the existence of a god. This is one of the reasons why many arguments for the existence of god suck. Like the Ontological Argument or Cosmological Argument: Pure intuition uncritically mixing between metaphor and the real world:

For a more detailed illustration of the philosophical implications of metaphorical thought, let’s examine the metaphors that ground our moral concepts:

Morality is fundamentally seen as the enhancing of well-being, especially of others. For this reason, …basic folk theories of what constitutes fundamental well-being form the grounding for systems of moral metaphors around the world. For example, since most people find it better to have enough wealth to live comfortably than to be impoverished, we are not surprised to find that well-being is conceptualized as wealth…

We all conceptualize well-being as wealth. We understand an increase in well-being as a gain and a decrease of well-being as a loss or a cost. We speak of profiting from an experience, of having a rich life, of investing in happiness, and of wasting our lives… If you do something good for me, then I owe you something, I am in your debt. If I do something equally good for you, then I have repaid you and we are even. The books are balanced.

… [But] there is no set of pure moral concepts that could be understood “in themselves” or “on their own terms.” Instead, we understand morality via mappings of structures from other aspects and domains of our experience: wealth, balance, order, boundaries, light/dark, beauty, strength, and so on. If our moral concepts are metaphorical, then their structure and logic come primarily from the source domains that ground the metaphors. We are thus understanding morality by means of structures drawn from a broad range of dimensions of human experience, including domains that are never considered by the traditional view to be “ethical” domains. In other words, the constraints on our moral reasoning are mostly imported from other conceptual domains and aspects of experience…